St. Mary’s was formed to serve the increasing numbers of Catholics of Deal, Allenhurst, Loch Arbour, Interlaken and the adjoining section of Ocean Township.  Prior to the establishment of St. Mary’s, local catholic residents and the large number of summer visitors attended church services at St. Michael’s in West End or Holy Spirit Church in Asbury Park.

In the late summer of 1900, a committee of summer residents waited upon the Rev. M.L. Glennon, who was the pastor of Holy Spirit Church, to arrange for a separate Sunday Mass for this growing district of Catholics.  The urgency for a separate Mass was increased by the lack of transportation.  In the early days of the 20th century there were few, if any, autos or trolleys, and small carry-all buses were only occasionally on duty.  Father Glennon referred this committee to Bishop McFaul, who, in turn, requested Rev. Crean, of St. Michael’s, to attend to the matter for the following summer.

On June 9, 1901, the first Mass was held in Deal and was said at the Hathaway Inn.  The attendance surprised all concerned and a larger room became necessary.  So it was decided to use a large tent.  A large tent was erected on a vacant lot between Richmond and Atlantic Avenues and Lakeview Road.  The tent became known as the Canvas Church of Deal.  Regular Sunday services were conducted in the Canvas church during the summers of 1901 and 1902.  Father Crean or his assistants conducted these well-attended services.  By the end of the summer of 1902, it was decided to build a church at Deal and replace the Canvas Church with a beautiful building, worthy of the many fine members.

In February 1903, the retired Rev. Bishop McFaul appointed his Chancellor, Rev. Dr. J.W. Norris, with the instructions to form a new parish.  Although the Parish had already been incorporated on September 18, 1901, with Daniel O’Day and Joseph M. Byrne as Lay Trustees, Dr. Norris immediately began to gather funds to build a new church and found the summer visitors responded generously in donations of money and fun-raising activities.  Mr. Daniel O’Day, a prominent Catholic, pledged $10,000 once a similar amount was on hand.  By May of 1903, the present site of the church and rectory was purchased and by that December, plans for the Stone Church were approved.  In early spring of 1904 the contract for the new church was awarded to White & Coyne of Long Branch with Henry Dagit as architect.  The basement was quickly built and roofed over so that services could be held within.  The cornerstone was inscribed, “March 25, 1904”, but yielding to weather conditions, it was not placed into position until June 22, 1904.

During the year 1903-1904, the basement was used for all services.  The upper portion of the church was completed and ready for service in June and dedicated on July 2, 1905.  The retired Rev. Bishop McFaul officiated the ceremonies.

By January 1904, the census of regular all-year Catholics at St. Mary’s Parish consisted of twelve men, twenty-five women and twenty children – fifty-seven in all.  The debt on the property was $30,507.07 and only through the extraordinary generosity of the summer visitors was Dr. Norris able to pay off this debt before leaving Deal for St. Peter’s in New Brunswick on March 21, 1919.

There were many generous and active pioneer families and workers of St. Mary’s.  May we always remember the selflessness, generosity and passionate devotions these early members showed us in their desire to establish a beautiful parish, which we have come to love and call our own.

Description of the Church

The church is built of grey sandstone, laid up in random ashlar work, with windows, arch S, quoins and trimmings of the same material.  Mr. Henry Dagit of Philadelphia used fifteenth century English Gothic architecture in his design.  One of the windows is a very good copy of St. Michaels, Oxford, which was built in 1460 and the tower resembles one in Somersetshire, England.

The interior of the church is not very large; consequently there are no aisles or wings, rather a nave, with a north and south transept.  The roof trusses over the nave are exposed and are built of yellow pine, which is left in its natural state.  The sanctuary is apsoidal inform and the main altar is placed on the chord of apse, similar to that of St. Peters in Rome.  The main altar is made out of Caen stone, a soft, fine-grained, light colored, Jurassic limestone from Caen, Normandy.  The columns and capitals are made out of d’Hauteville marble, also a product of France.

As previously stated, there are no aisles in the church, rather a north and south transept.  The transept on the south side of the sanctuary is the Sacristy in which the sacred vessels, vestments and other valuables connected with the religious serves of the church are kept, and in which the priests put on their robes.  In the north transept are the confessionals.  The other confessional is at the easterly end of the nave.  The confessional boxes are beautiful specimens of Gothic work.  Made out of oak, these together with the side altars, pews, altar railings and kneeling benches were made in the Catholic Boys Protectory at Columbus, Ohio and reflect great credit to the skill of the boys.

The parishioners donated the glass in the windows throughout the church and Alfred Goodman of Philadelphia did the work.  Mr. and Mrs. Henry Haggerty, summer residents of Allenhurst, donated the beautiful Stations of the Cross. Beginning at the gospel side of the church and continuing representing in bass relief different scenes in the Passion of our Lord.  These stations are grouping of figures set in gothic panels of a rich kind of wood.

The author of this description of St. Mary’s as published in the Asbury Park Press, June 6, 1906, promised Father Norris he would not describe his house (rectory).  The only impression of the house in which Father Norris lived is:

“If I owned a house with as many pleasant rooms, as fine a study, and look at such beautiful pieces of furniture as the sideboard, table and serving table in the dining room, that I might live in Deal too.”

In early 1956 an  article in the Long Branch “Daily Record” reported that a new Roman Catholic church and grammar school would be established in West Long Branch, noting that new housing developments in the West Long Branch area necessitated both. The two part structure would be built on a 10-acre tract on the south side of Wall Street about 300 yards from Monmouth Road. The property had been purchased from Mrs. Harold Dennett, 12 Matilda Terrace, Long Branch.

On October 18,1956, the Most Reverend George W. Ahr, Bishop of Trenton, announced the establishment of Saint Jerome Church as the 164th parish in the diocese to serve the people of West Long Branch, Eatontown, Oceanport and Oakhurst. The Reverend Francis X. McGuiness was appointed the first pastor, The Religious Teachers Filippini would staff the school.

The first Mass in the newly built church was held on Christmas Eve, December 24, 1956. The dedication of the church and school was held on June 16, 1957. The School was opened on September 7, 1957, with six sisters staffing Kindergarten to Grade Five. Their convent was not ready until the summer of 1961. In the interim, they resided in their convent at the Holy Trinity School.

Saint Jerome Roman Catholic Parish was founded in 1957 as part of the Diocese of Trenton, with Rev. Father Mc Guiness as its first pastor. For over 55 years, parishioners from West Long Branch, Eatontown, Long Branch, Oceanport and Ocean Township have worshiped and worked together as a Christian community striving to fulfill our parish mission statement …

“St Jerome Parish mission is to live and advance the Gospel values of Jesus Christ to all through worship, education, and service, by giving of our time, talents and tithes.”

Saint Jerome parish is one of the few parishes in the local area to continue to maintain a parish grade school, pre-K thru 8th grade. Our school is under the administration of the Sisters of St. Lucy Filippini, who also serve our parish in numerous other ways.

CONFESSIONS:
Saturday, 4:00-4:45 PM
at St. Mary and St. Jerome Church
or by appointment 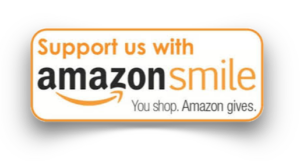 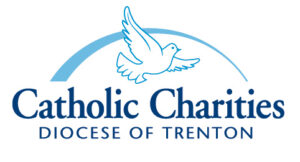 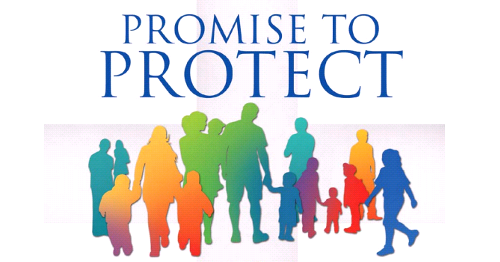